Samsung Galaxy S4 Advance is powered by Snapdragon 800. This device has been able to run the latest 4G LTE called LTE-A network, which is 10 times faster than the old 3G network service. With the use of the LTE-Advanced network, an 800MB file takes some 40 seconds to download, compared with 80 seconds with the existing LTE. 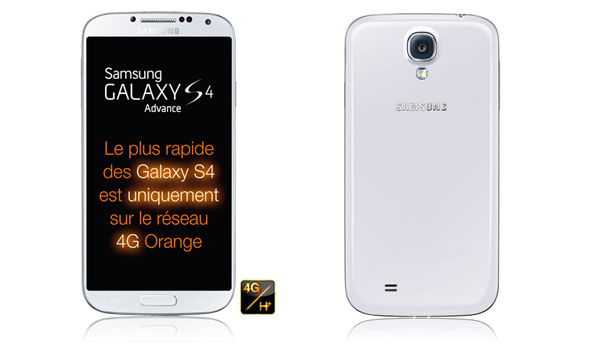 Without a contract, the Samsung Galaxy S4 Advance costs EUR 689.90. Orange offers it for EUR 69.90 with a two-year contract for the Origami plan at EUR 79.90 per month.