Galaxy S4 Active confirmed by Samsung in a press release, referring to the device as a rugged version of Samsung’s latest handset. The Samsung Galaxy S4 is essentially the waterproof version of the original S4 smartphone, and is really meant for those who want a handset that compliments their active lifestyle.

The Galaxy S4 Active designed to enhance life experiences of the active user who wants to stay connected while exploring environments from the most rugged mountain trails to the roughest rivers. 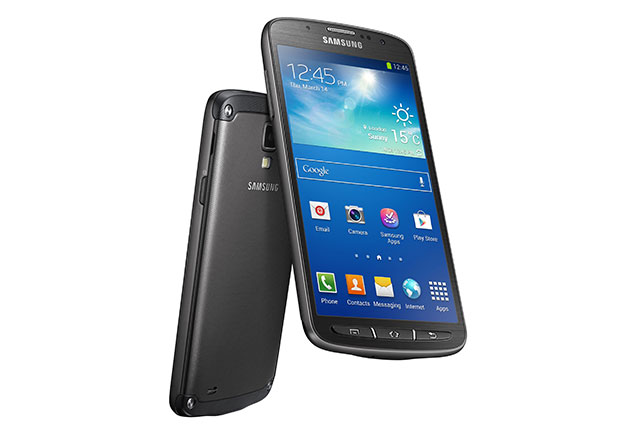 The Galaxy S4 Active is basically a variant of the regular Galaxy S4, so not too much has changed. The key feature is obviously its water and dust resistance. It’s rated to IP67 standards, so it will survive being submerged in one metre of water for up to 30 minutes. The phone also has a water-resistant earphone jack, so if you manage to find a pair of waterproof headphones you could effectively listen to music underwater.

The Galaxy S4 Active has an 8 megapixel rear-facing camera and a front-facing camera of 2 megapixel. The cameras are capable of recording 1080p video at 30 frames per second (fps).

The device uses the Snapdragon 600 chip featuring a quad-core processor with each core clocked at 1.9GHz, paired with Adreno 320 graphics unit. Also, the Snapdragon 600 chip integrates 2GB of RAM. The Galaxy S4 Active is an NFC-enabled handset and supports 4G LTE network speeds. It will come with a 16GB storage variant and will support microSD card for additional storage up to 64GB. The handset runs with a 2, 600mAh battery.

The Galaxy S4 Active will go on sale this summer, and will be available first in the U.S. and Sweden. Samsung is offering three color options – urban grey, dive blue, and orange flare – though exact availability will depend on where you live.

Pricing and carriers were not revealed, but Samsung promised some hands-on time with the Active at its June 20 event in London.