AT&T gives a few updated smartphone models from previously releases available. The update contains the Samsung Galaxy S4 which is right now available in a 32GB model. As reported previously the Galaxy S4 with 32GB built-in memory will be available on May 10. 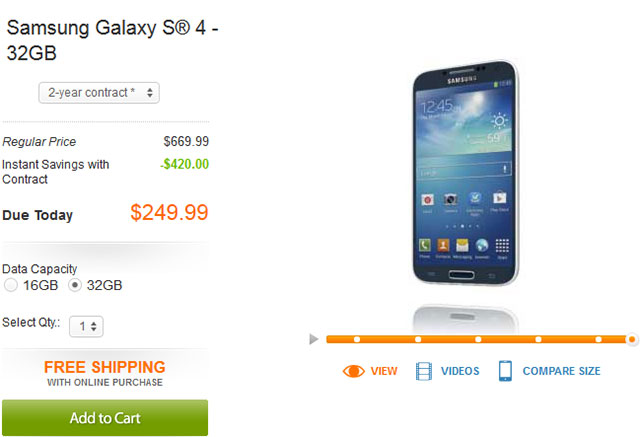 Samsung Galaxy S4 comes pre-loaded with Android 4.2.2 Jelly Bean with Samsung Nature UX, while the camera on the back has a 13 megapixel sensor with LED flash, autofocus, and full HD video recording support. You can get the AT&T Samsung Galaxy S4 32GB buit-in memory by pointing your Web browser to HERE.