Samsung Galaxy S4 powered by a Quad-core processor, not by eight-core


The upcoming Samsung Galaxy S4 handset will likely be anything but unbreakable, the screen that is, reports said, dousing speculations that the flagship Android smartphone will break new paths in terms of solid build mobile devices.

Citing its unnamed source, The Verge declared that the 2013 serving of the bestselling Samsung gadget will not be bendable after all contrary to earlier reports that suggested the South Korean tech giant is underway on its works to deploy sturdier-built handsets from next year onwards. 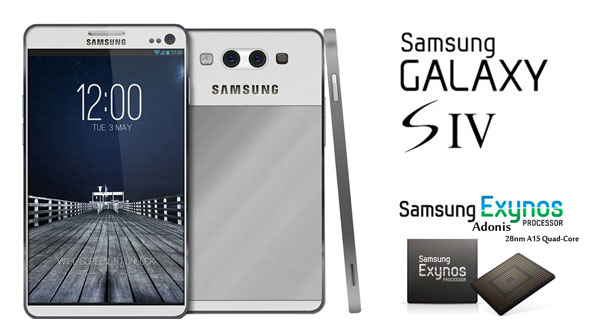 “Flexible screens are still a while off,” The Verge quoted its source as saying.

However, the absence of unbreakable screen from the Samsung S4 seems the only disappointment from the soon-to-be released high-end mobile phone, the tech blog site stressed, adding that the Galaxy S3 replacement will definitely wow as a 1080p handset with a Super AMOLED Full HD screen display that could stretch to 5-inch.

The Galaxy S4 screen will have a pixel density of up to 440 pixels per inch and its front window will emit on screen resolution of 1920 by 1080, easily besting the best screen technology to come out in 2012 – Apple’s Retina on iPhone 5 and HTC’s Super LCD 3 on the Droid DNA, J-Butterfly and Butterfly.

If the screen attributes for the Samsung S4 proved true, future owners of the handset would be pocketing a device that gives out viewing pleasure that is comparable only to the latest crop of flat screen TVs, tech experts said.

To power the Samsung Galaxy S4 is the latest Android version from Google, CNET said, adding that under the hood, the mobile phone will likely be powered by a quad-core processor and not by eight-core chips as earlier reported.

Most probably, eight-core processors will have to wait for the Galaxy S5 to flex their muscles despite Samsung’s earlier announcement that the chips will be unveiled on 2013, CNET noted.

The quad-core processor, however, that the S4 will be packed with is expected to carry more muscle when compared to its present class, added the tech site.

Best of all, the Samsung Galaxy S4 is LTE-capable, as agreed by numerous bog reports, noting that network infrastructure for the technology is expected to achieve full capability starting next year.