Samsung will be announcing the Galaxy S4 Google Edition, the Galaxy S4 with stock Android and no sign of the TouchWiz interface in Google’s big developer conference or Google I/O. According from Geeks, The S4 Google Edition phone is a collaboration between Samsung and Google to address a growing group of users that prefer stock Android on something other than a Nexus. In order to accomplish this right now, users would need to install custom versions of Android like CyanogenMod. Complete with removable battery and expandable storage with the MicroSD card slot, this phone could certainly address this growing niche. 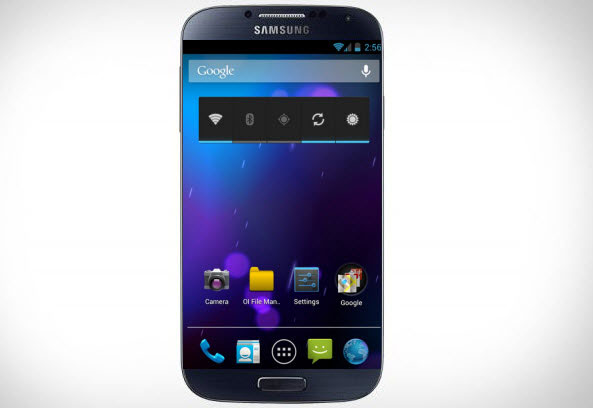 Samsung’s phone is an incredible piece of hardware, many users find themselves less than pleased with Samsung’s version of Android. To resolve this once and for all, we’ve learned that a pure AOSP (Android Open Source Project) version of the Galaxy S4 is being prepped for launch and will be unveiled during the Google’s big developer conference. in addition to its overall clout in Android ecosystem, this approach should help the Korean smartphone giant get the earliest possible access to the latest Android releases. Thus being able to launch flagships with their official UI updated to the newest Android iteration, few weeks or months before competitors.

Samsung has put a lot of custom software on the Galaxy S4, but it’s there to run a lot of the custom hardware and features. Air View, Air Gestures, IR remote, Adobe RGB screen mode, Multi-window and so on, all rely on Samsung’s proprietary software.

Samsung Galaxy S4 Google Edition will reportedly drop the company’s TouchWiz modifications and use the stock AOSP version instead. Now, we should note that this is an unlikely pipedream, but it would be a great option to have.